Public lecture on "Malaysia: from Kleptocracy to Democracy"

You are here: Home / News / Public lecture on "Malaysia: from Kleptocracy to Democracy" 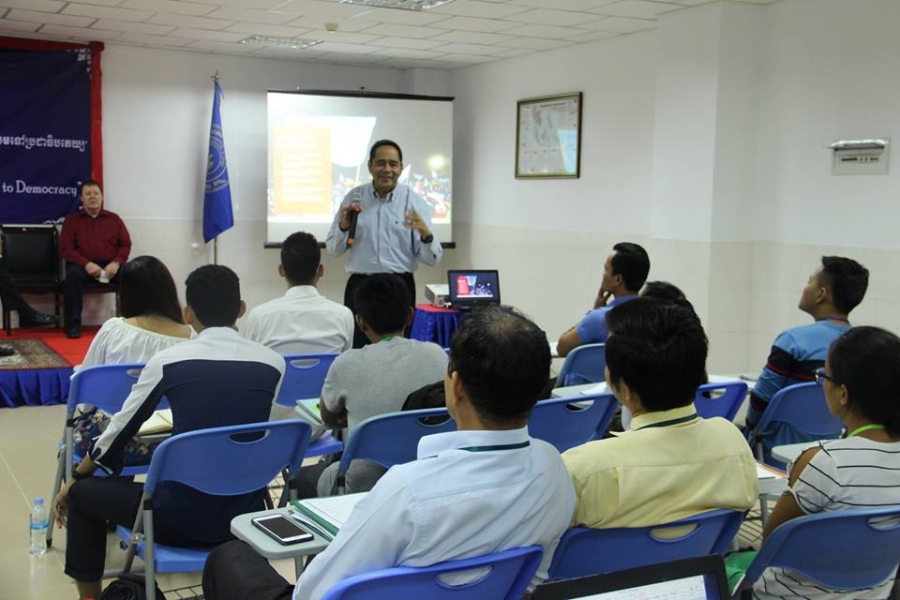 On 2 June 2018, the Techo Sen School of Government and International Relations (TSS) of The University of Cambodia conducted a public lecture on "Malaysia: from Kleptocracy to Democracy" at 10th floor, the UC.

In his lecture, Prof. Din Merican, Associate Dean of TSS, described the change of Government in Malaysia as “The Hibiscus Revolution”. It is the culmination of the Reformasi Movement of 1998. It could have occurred earlier had Anwar Ibrahim had not been imprisoned by Najib Razak in 2008 on trumped up charges of sodomy.

When he decided to campaign against Najib, Dr. Mahathir Mohamad became the glue that brought PKR, DAP Amanah, Parti Pribumi Malaysia Bersatu and Warisan together in a new reinvigorated coalition to contest GE-14. He won with the mandate to form the government.

After 60 years, UMNO-Barisan in government is now the new opposition after May 9, 2018. The future augurs well for democracy, and the people of Malaysia. There are, however, many challenges ahead for Dr. Mahathir and his partners.